Every October horror hounds the world over undertake the #31DaysOfHalloween challenge – also known as #Shocktober or even #Hooptober (in honour of genre godfather, the late Tobe Hooper). Now, full disclosure: I’m a dad of three, with a busy day job and freelancing commitments on top, so – like a college kid who promises “I’ll be right back” – I can’t guarantee I’m going to make it to the end of this thing. But I’m gonna try, and for those interested on taking this journey with me you can follow me on Twitter (@fatscoleman) or chart my progress below…

Simultaneously riffing on German Expressionism whilst being hokey as hell, it’s nevertheless amazing to see so many z-tropes so early: the vague explanation; social metaphors; guy slowly turning trying to maintain his humanity.

A deep dive – Conrad style – into the dark heart of Western masculinity. Yes, there’s the infamous “squeal piggy” rape scene, but the whole film is about violation: the capitalist rape of the wild and the wild’s retaliatory attack.

Wasn’t planning on counting this for the challenge, but with body horror chops it earns its place. Film it most resembles? ARMY OF DARKNESS: if you can tune into its gonzo tone, cheap effects and Hardy channeling Bruce Campbell, it’s a blast.

Efficiently made, but there’s a nasty seam of “broken Britain” Daily Mail classism running throughout. The final moments reach for profound comments on generational cycles of violence, but fails. Unpleasant stuff, in all the wrong ways.

It feels mean to criticise a film that is so aware of its own ridiculousness, but what can I say? Some great creature designs and fun campiness, but not enough bite to save it from becoming inventively yawnsome.

Narratively convoluted and lacking the weaponised charm of 2012’s FRANKENWEENIE (which for me remains the high point of Burton’s animated efforts), this is still emotionally affecting stuff with stunning early stop-motion from Laika.

Overflowing with ideas and rich mythology, Barker’s follow up to HELLRAISER is so dense it barely fits the tight run-time. Wonderful creature effects and a sublime turn by Cronenberg’s villain, but doesn’t hit the heights it could of.

Superb character work and rich (if a little blunt) social commentary ensure this is a worthy companion piece to TRAIN TO BUSAN (also directed by Sang-ho Yeon) – even if it lacks the kinetic ferocity of the latter.

Fantastic Argentinian shocker which provides both chills and nuclear grade jump scares. The narrative may not be particularly cohesive, but exemplary set-pieces executed with snarling aggression ensure this more than delivers.

An assured first half gradually gives way to histrionic performances and tonal sweeps so broad it feels like a super violent “greatest hits” mix of folk horror tropes. Which is fun ‘n all, but not the ground-breaker it might have been.

Lacking the surprise charm of part one, this sequel perhaps inevitably retreads familiar beats to reduced effect. Still, the script is zippy and a triptych of great performances from the young cast is solidly engaging.

Trading in similar themes to Laugier’s seminal MARTYRS, his latest is sadly marred by cheap tricks and a clunky script, reaching for interesting ideas it never quite earns or achieves. 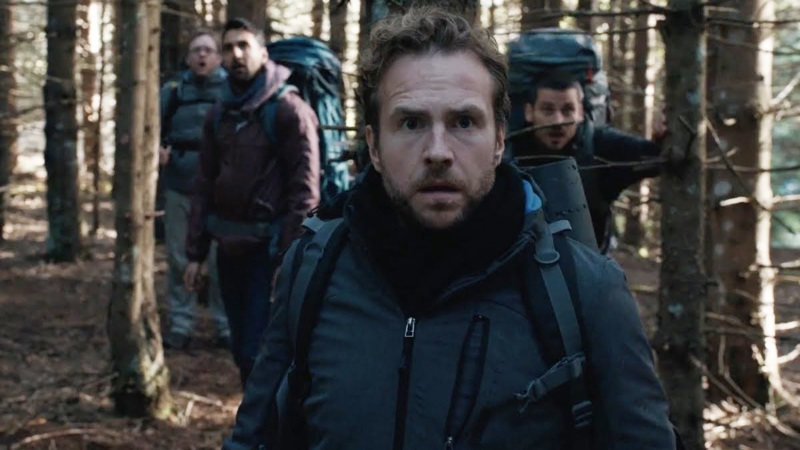 Fabulous folk horror which successfully builds on its influences (THE BLAIR WITCH PROJECT; THE DESCENT), adding smart protagonists and a clear emotional through line to become its own beast. Uplifting, even as it creeps you out.

Straddling hicksploitation horror and police procedural beats, Saulnier sadly stumbles from his winning streak with this gloom laden miserabilist folk tale that sags under the weight of its own portent.

Delicious chiller which, despite budgetary limitations, delivers oodles of atmosphere with slow reveal scares and perfectly framed shots that keep the eye roaming. The last 25 min are some of the best in the genre this year.

Dwarfed by its muscular progenitor, this is still an amiable, well executed slasher with several excellent set-pieces and – aside from some clunky exposition and an ill-judged moment of sexual violence – it’s a lot of fun.

There are a handful of tiny moments in this reboot which really work, but the rest is a hot mess of recycled genre tropes so tired they literally creak, and a script which is objectively – and objectionably – terrible.

Lucio Fulci was a cinematic chameleon, and here his response to RETURN OF THE LIVING DEAD replicates that film’s broad comedic tone whilst integrating his trademark gore and excess. Plus, zombie birds. An absolute blast. 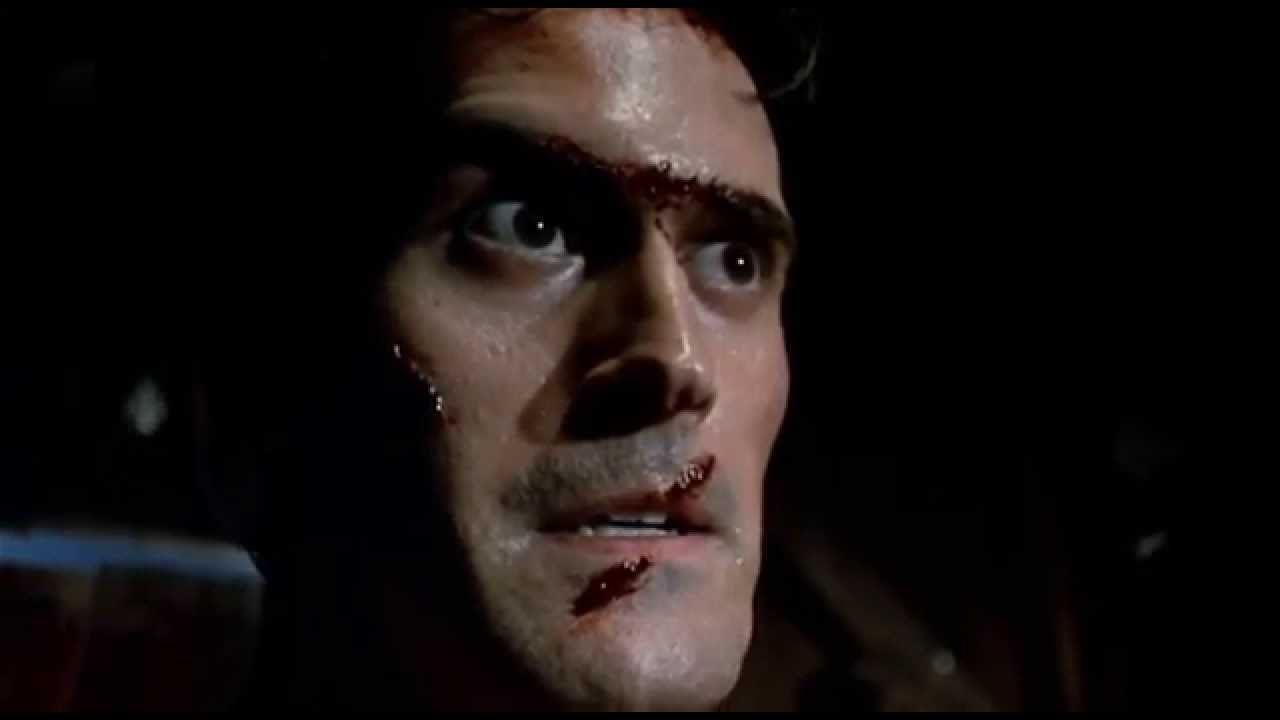 Revisiting this for the first time in years, it’s arresting how lean Raimi’s shock masterpiece is: in the first 5 minutes the dead are raised, girlfriend possessed, beheaded and buried, and the blood and belly laughs are flowing in equal abandon.

Another Spiegel/Raimi movie (though here taking different roles), this visually inventive slasher rollicks along, whilst Nicotero et al bring their A-game with some of the best practical effects of the sub-genre.

Nominally a slasher, this is actually more akin to Boorman’s DELIVERANCE: an inbred beast of folk horror, feminism and philosophical inquiry as city slickers get their identities stripped back by murderous mountain men.

Slicker, more sanitised and with added swash-buckling Harryhausen skits, the EVIL DEAD threequel doubles down on Campbell’s one liners and Marx bros physical comedy, though loses some of its bite in the trade off.

Tackling tough topics sensitively, this ghoul-in-the-woods tale is a profound consideration of human monstrosity and innocence reclaimed post-abuse. Comparisons to LET THE RIGHT ONE IN are on point, and likewise this is destined to be a classic.

Indebted to Jackson’s gru-trilogy, this Kiwi ovine-zom-com similarly takes a gonzo premise but fails to reach the splattery heights/depths of BAD TASTE et al. A lame script and ho-hum set-pieces limit, though Weta are still on fine form.

Bleak Ozploitation grindhouse, marked out by a choppy time line, exceptional performances and gracious character notes which make the brutality sting all the more in the final third, pumping fresh blood into familiar beats.

Bruce Campbell as an elderly Elvis who joins forces with a black JFK to save their retirement home from a soul-sucking mummy? The biggest surprise is how moving this is, moments of genuine pathos glittering amidst the off-colour jokes.

Even if you know where it’s going, that ending still hits like a tidal wave: of symbols, layers, catharsis, shock, grief, longing, and uncanny terror. Plus one of the best on screen portrayals of marriage, ever.

Diluting its slasher roots with a weird subplot that has Cordell teaming up with a serial killer, this doesn’t live up to the ‘88 original. Still, great performances from Davi and Christian plus some cool moments keep it moving. 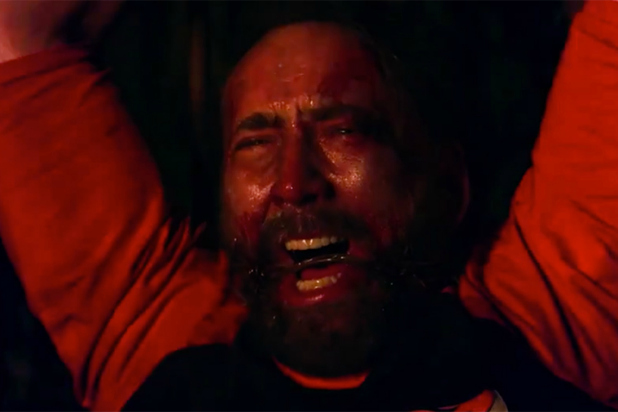 Acid fueled, transcendent, phantasmagorical revenger? Yes yes and yes, but also tremendously languid. Sometimes it pays off – letting Johansson‘s luscious soundscapes wash over you – but it also exposes shortfalls when reaching for profundity.

Come for the nostalgic creature chaos, stay for the satire of Trumpian capitalist incompetence. Plus slap-stick, musical numbers, a tomato gremlin, half the cast of THE ‘BURBS, oh and Christopher Lee. That’s a lotta bang for your buck.

Strangely mesmeric: like waking from a Caribbean fever dream to the sound of distant drums, this Val Lewton flick layers on the uncanny & lit references to deeply disturbing effect.

If you’ve made it to the end, thanks for reading! And do let me know, either in the comments or on Twitter, what you’ve been watching.

Tim Coleman is a freelance film journo for Total Film magazine, though this blog is his own non-affiliated ravings. You can follow him on Twitter – @fatscoleman – to tell him exactly how wrong his opinions are.