Last week, aged 66 years and 2 days old, my father died peacefully in his sleep. He’d been fighting cancer for 2 years solid, and appeared to be doing well. Then, about 5 weeks ago, his condition suddenly worsened and the disease entered it’s final stages.

The day he died my mum called me at work to let me know that this was it, and I drove up to Wales to try and catch him before he went. I didn’t make it, but that’s okay. We’d spent some quality time together in the weeks previous, when he was lucid and clear, and I think we’d said everything that needed to be said.

As I was driving up that day, I got to thinking about the moments we’d shared. Although a lot of them are not for here – this is, after all, a movie blog – the reality is that a good number of those moments did involve films. My dad helped introduce me to cinema at a young age, and it was something we bonded over constantly.

I remember back in the late 80s we had a Betamax cassette player (anyone else remember those?) and my dad got us a copy of Transformers: The Movie (1986). It was, and remains, one of my all time favourite movies, such is it’s heady mix of big themes (guilt, death, redemption), face-melting guitar anthems and endlessly quotable dialogue. In fact the last time I saw him, three days before he passed away, he managed to casually slip a line into conversation: “One shall rise, one shall fall”. Sly old fox, that’s some serious geek points right there.

He gave me a lot of happy memories. I remember in 1989 my folks dragged me and my brother into Chester to go shopping, something I hated, only to pull up to the cinema and be told we were in fact going to see Ghostbusters 2. I remember that same year they also took us to see Indiana Jones and the Last Crusade, and I squeezed my eyes shut tight as Donovan “chose… poorly”. And I remember in 1993 we celebrated my dad’s birthday by going to see Jurassic Park, followed by a visit to McDonalds and a dino-themed Happy Meal. It’s kind of fitting that the day he died we chose to celebrate his life by eating Magnums and watching Back to the Future: Part 3 (1990), a favourite of his.

I think my dad also taught me a lot through the films we shared, and particularly the ones he loved. Although I probably saw Aliens when I was too young (for years my dad would gleefully describe how I was climbing up the sofa, unable to tear my eyes away from the screen!), that film taught me that love never fails, and will blow anything that comes against it right out of the airlock. Schindler’s List  taught me to stand up when no one else does. Return of the Jedi  taught me that it’s never too late for anyone to be rescued. And Saving Private Ryan taught me that greater love as no man, than to lay down his life for his friends.

There’s a little epilogue to all this. On Monday, five days after he died, I went to an Unseen Screen preview at my local Odeon (cheap entry on the basis that you don’t know what the movie will be until it starts). I’d been given a free ice cream, which was odd (my dad was a biiiig ice cream fan), and as the lights dimmed the film was Me & Earl & the Dying Girl (2015), an indie comedy about a movie geek who becomes friends with a girl who is dying of cancer. As I sat there, in the dark, eating my ice cream and watching this story of cinema and love and cancer unfold, it felt oddly like the right film at the right time. Another way to say goodbye. 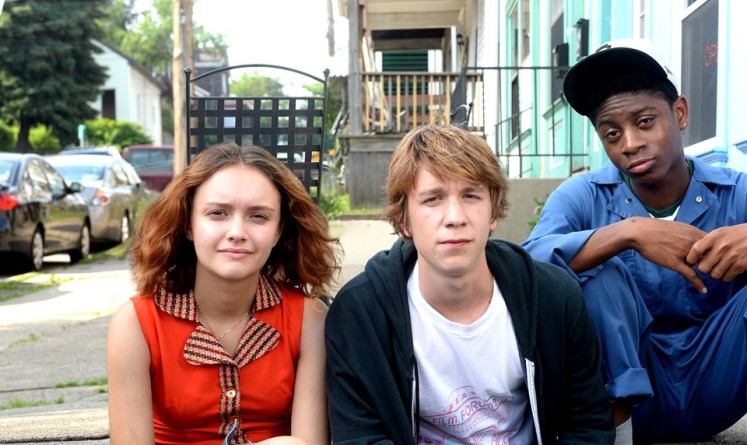 Roy Batty was wrong, you know. All these moments will not be lost, like tears in the rain. They live on in the lives of those you’ve left behind, and your legacy echoes beyond your years. My dad is gone, but part of his legacy is that I will continue to love, teach and raise my children, in part by sharing cinema with them. And I will remember him, of course, and the many happy hours we shared in darkened rooms, staring at the light.

2 thoughts on ““All these moments…” : A Life in Pictures with my Dad”