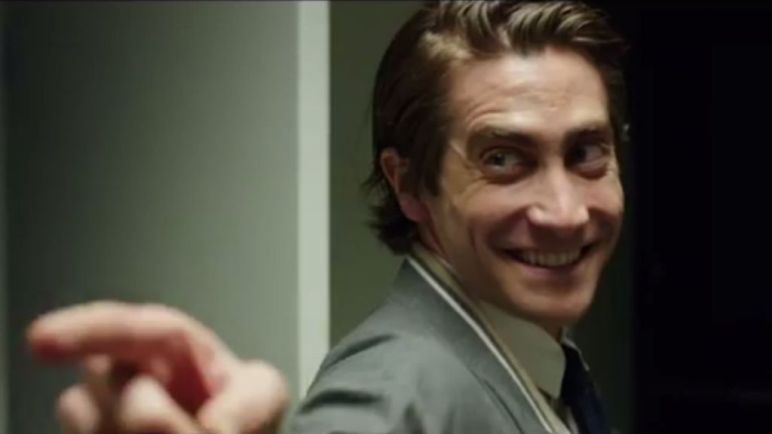 In recent years there’s been a big resurgence in classic horror mythologies. Take zombies, for instance, successfully resurrected from B-movie schlockery by The Walking Dead and Rec et al. Or the supernatural “Boo!” movies, like Insidious, Sinister or Paranormal (In)Activity. And then, of course, there are vampires. From tweenage Mormon-abstinence franchise Twilight, through to Dracula Untold or the excellent What We Do In The Shadows, the vampire has been creeping out of the coffin and back into the public consciousness. However, it strikes me that perhaps the most interesting vampire movie of recent years might well be Dan Gilroy’s Nightcrawler (2014).

Ok, so bear with me. “Nightcrawler is not a vampire movie!” I hear you cry. It’s true: it has no pointed tooth immortal chowing down on ill-fated peasants. It does not feature bats, crucifixes, garlic, or stakes through the heart. But, in the same way that 28 Days Later re-imagined zombies as “the infected”, Nightcrawler takes the symbolism and tropes of the vampire legend and gives them a stunning, secular twist.

The movie centres around Lou Bloom (a career-best performance from Jake Gyllenhaal). Lou is an unemployed 20-something living in LA. He is gaunt, skeletal, a petty thief and a casual mugger. As he glides around the neon city one night he stumbles across a car crash and is drawn to the spectacle. When a TV news crew arrives something clicks inside of Lou, and he finds his calling. Soon he has bought a police scanner and video camera, and begins cruising the night to film all manner of violent tragedies in order to sell the footage to the local news channel.

Based on this summary alone, there is a clear parallelism with the vampire myth: a nocturnal predator, entombed in his one room apartment/mausoleum during the day, awakes to hunt at night. He lives to feed off the blood and violence of others – literally in fact, as capturing this footage is his livelihood, and if he doesn’t get it he will not eat.

The aesthetic of the movie also has links in with vampire mythology. Lou is painfully thin, his pronounced cheek-bones and bulging eyes mirroring that of Nosferatu. The film is predominantly set at night, and in the few scenes that take place during the day Lou is generally wearing shades, as if the sun’s rays somehow pain him. And then you have the scene where Lou “transforms” in front of a mirror, losing control and smashing it to pieces. Given that vampires have no reflection, this scene can be read as a monster revealing his true self and then destroying the mirror in an attempt to obliterate his reflection and return to invisibility once again. Indeed this is the only time Lou lets the monster out, and in the next scene he is calm again, albeit as he plots a murder. 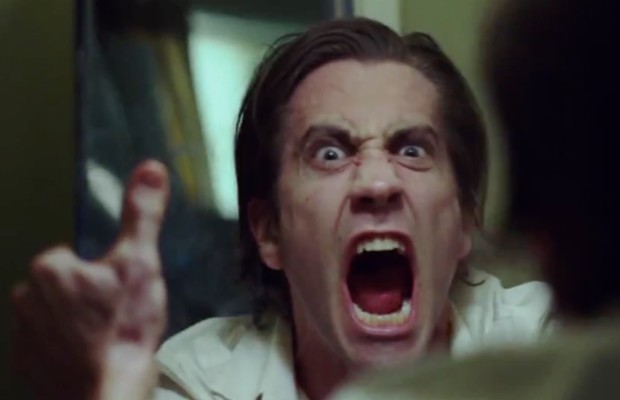 The final point to make is the fourth-wall busting way the audience is implicated in Lou’s night-time hunts. Although the film comments on the sociopathic nature of voyeuristic news coverage, it’s worth remembering that the news – like the film itself – has an audience. As Lou creeps across murder scenes – and latterly orchestrates them himself – it isn’t just the fictional news audience who are hooked on his footage, but also us. We might abhor his callous disregard for human life, but we keep on watching and so are complicit: we too are feeding on the blood. And so if he’s a vampire, then we are too.

Nightcrawler is a really impressive film. And as it draws to a close, with the music rising to a victorious crescendo, it leaves you with this eerie sense that as well as being a thriller, horror and satire, it is also a straightforward rags-to-riches American dream about a self-made man. Lou Bloom is on the up, and out there tonight. Just remember to check your own reflection in the mirror before you judge him.

2 thoughts on ““If it bleeds, it leads” – Secular vampirism in Nightcrawler”